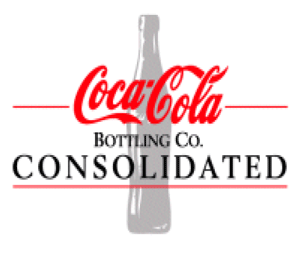 Coca-Cola Bottling Co. Consolidated is the second largest Coca-Cola Bottler in the United States. The Company is a leader in the manufacturing, marketing and distribution of soft drinks. With Corporate offices in Charlotte, North Carolina, the Company does business in eleven states, primarily in the Southeast. Coca-Cola Consolidated has one of the highest per capita soft drink consumption rates in the world and manages franchise territories with a consumer base of more than eighteen million people.

The extensive experience, in-depth knowledge of all IBM® Sterling B2B Integrator and Sterling’s GIS versions, and the commitment to the process are the factors that enabled Adept’s team to provide a stellar upgrade experience. Adept was not only able to provide a positive client experience in performing the upgrade, but was able to assist CCBCC with the planning process for the upgrade. In addition, the Adept team was able to provide leadership in their transition from Oracle to MS SQL Server and transition their custom GIS monitoring application. Adept created a parallel test environment that tested their MQ, SAP, and EDI transactions in real time alongside the old. With the ability to test all transactions and connectivity prior to the move, the upgrade process took place as planned.

Adept was able to speak to the infrastructure upgrade issues that CCBCC was working through and communicate cross functionally with the Sequel Server transition team, establishing confidence and credibility during the process. Committed to the relationship, Adept worked tirelessly with the CCBCC team for a smooth transition to 4.3. Today, CCBCC is enjoying the benefits of the 4.3 Upgrade (Deferred Enveloping and Improved Reliability with MQ Messaging) as well as some application fine tuning that the Adept team implemented on their implementation.

Most companies have transitioned part of their business document operations to a SaaS solution. The Global Software Survey from Forrester Research* showed 77% of companies with 1000+ employees plan to replace some or all of their commerce applications with SaaS. A majority of the survey participants said these benefits were key to their firm’s decision to use Saas:

The EDI experts at LevelUp Engineering want to work with you to achieve these benefits.

For a limited time, LevelUp is offering 50% OFF onboarding for an 18 month commitment to EDI managed service. Complete this form for more information.